Throughout 2019 and 2020, a series of special events and activities are planned in recognition of these historical milestones. Everyone is invited to attend.

Quakers were among the first settlers in northern York County, emigrating from southeastern Pennsylvania as early as 1735. The women and children rode the pack horses while the men drove the flocks and herds. The earliest Quakers in Warrington Township worshiped in one another’s homes. As the Quaker population increased, a house of worship was necessary to accommodate everyone.

In 1745, the first meeting house was a log structure built on the site of the present graveyard. The original log structure burned in 1749 and was rebuilt. The adjoining cemetery was established as a burial ground for Quakers and others in the community as early as 1760.

In 1767, land in the amount of “29 acres, 156 perches and allowance” was patented in trust for the “Society of People called Quakers.” The deed was signed by John Penn, then Lieutenant Governor of Pennsylvania. Today, Warrington Monthly Meeting maintains this original land grant.

In 1769, 250 years ago, the front portion of the current Meeting house was built to accommodate the ever increasing number of Quakers in Warrington Township. There is no altar, no bell, no cross, nor any other traditional Christian symbols. Worship is primarily on the basis of silent expectant waiting upon the Spirit, a communion with God in which mediators or symbols are not necessary. The room appears as it did over 200 years ago with little decoration.

In 1782, Warrington Meeting enlarged the meeting house with the back section. Additional space was necessary in anticipation of the large attendance at Quarterly Meeting when Quakers from other Meetings attended an all-day gathering. The enlarged version is the Warrington Friends Meeting House as we know it today.

The meeting house continues to operate and everyone is welcome to attend our weekly services, each First Day (Sunday) at 11:00 in the morning.

Near Wellsville, Pennsylvania, about 14 miles northwest of York, on Carlisle Road (PA 74). The Meeting House is at the intersection of Carlisle Road and Quaker Meeting Road. 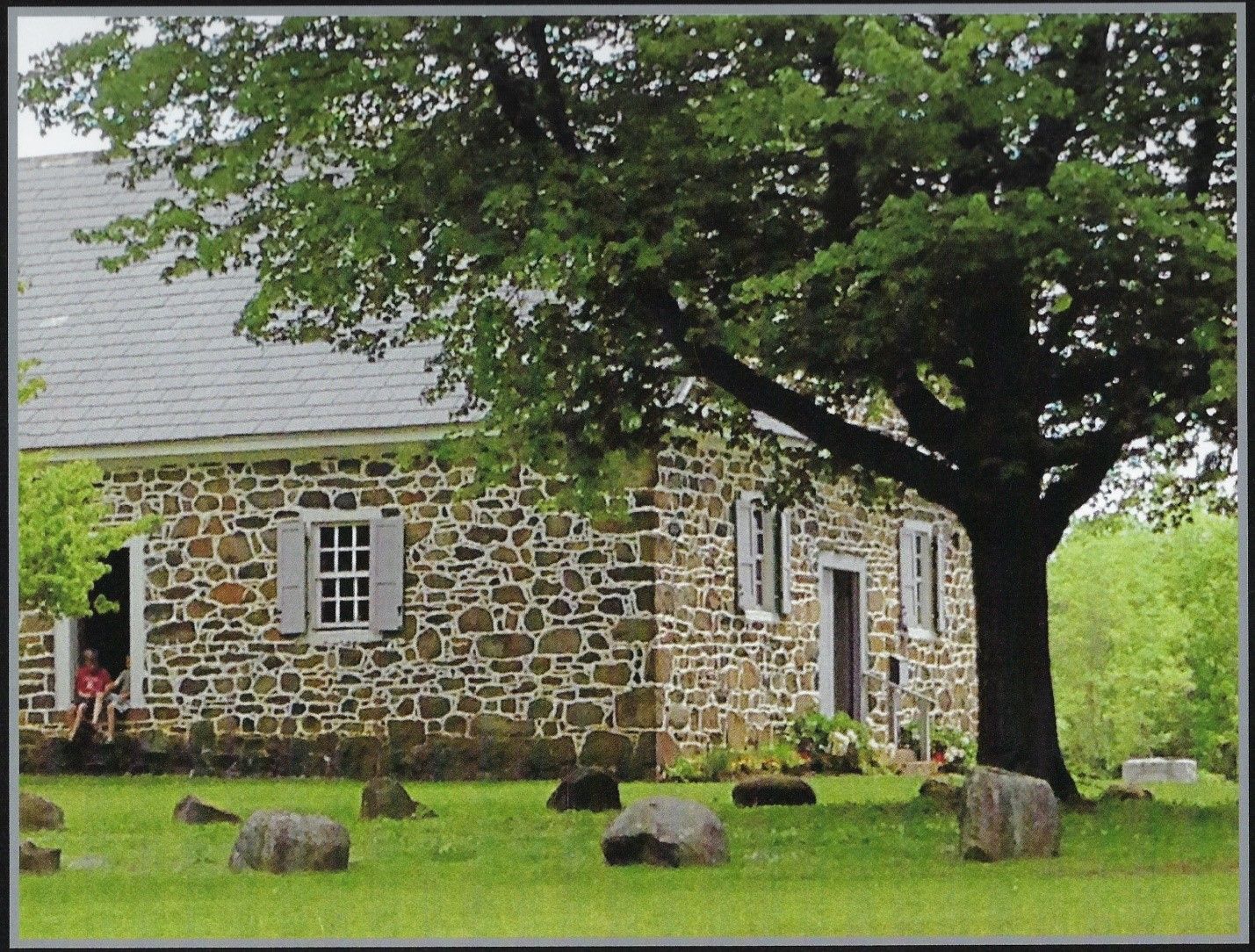